For Czechs, it’s always a good time to drink beer. It doesn’t matter where or when, beer is -and will always be- the best option. Perhaps the only one?

In Prague, beer is cheaper than bottled water. (No joking here) 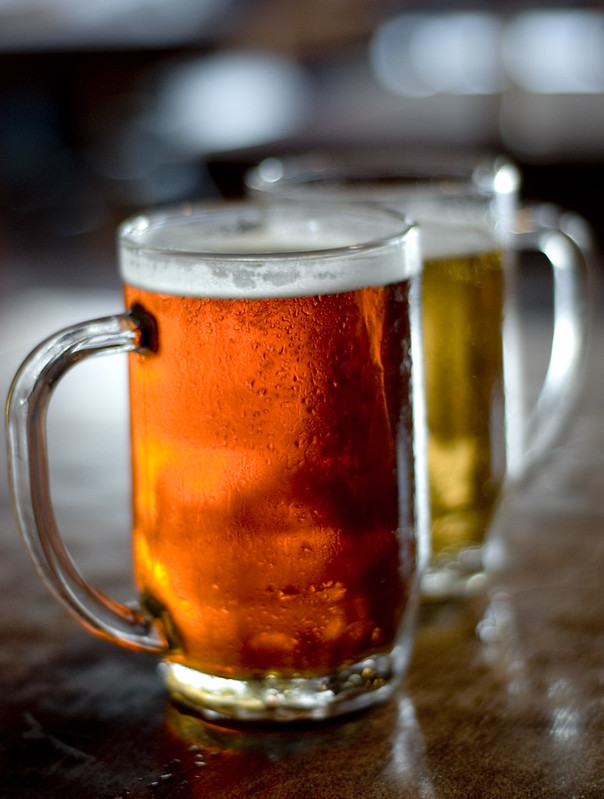 Czechs drink, on average, about 160 litres of beer a year. Why would they do that? You’d think it’s because it’s cheap… I’m afraid I don’t have a scientific answer to this, but I’d just say that they do so because they are completely IN LOVE with beer.

Okay, so as soon as I arrived in Prague ready to start my Erasmus exchange, I was aware that beer was an issue I had to deal with. Truth is back then I had a little problem: I didn’t like beer AT ALL. How was I going to survive in a country where beer was the national drink?

Well, definitely I was willing to make an effort and try it, but I must confess that it wasn’t easy. The first time I ordered a beer in a pub, it came in a huuuuuuuuge glass, which didn’t help much. I didn’t like its taste, so my friends had to help me finish it… (Okay, they actually drank most of it)

However, I was still not giving up. Here in Spain, it’s very common to order a “clara” (a beer mixed with lemonade), so I guessed I could try the same in Prague. So, while we were at a boat party I happily went to the bar and ordered a beer with Sprite. I can still remember the face of the waiter… He was literally like “What’s wrong with you? Are you really going to drink this abomination?” After his face had come back to its original shape, he just gave me a bottle of beer and a can of Sprite so I could mix them. He was SO not going to do that himself, of course!Anyway, my beer with Sprite was delicious, and after a long tasting process I ended up LOVING it -even without Sprite-.

Much to my surprise, some weeks later, I discovered that the Czech beer Staropramen had a lemon-mixed version. I couldn’t help thinking: “Thank God I’m not an alien anymore…”