Today I would like to honour my cooking disasters. I feel like they deserve a post on my blog. Yes. Cooking disasters brighten your life. They also provide a really good opportunity for that long and liberating crying session that you’ve been postponing for months. How boring my life would be if every time that I tried to cook something it turned out amazing!

Yes, I’m not afraid to admit it. Burning a pizza on New Year’s Eve is starting to feel like a tradition. Bear in mind that when I say burn I mean burn. I am not talking about a gently toasted or lightly browned pizza. Just picture a black circle. Then add your favourite topics: black pepperoni, black mozzarella, black and crispy bacon… As you might know, in Spain, we eat twelve grapes at midnight on NYE. If you don’t, you can expect bad luck for the rest of your life. Maybe that was a bit of an exaggeration, but you get the idea. I’m starting to think my calling is burning pizzas instead.

Like many other people, I felt like baking during lockdown. Unfortunately, my first baking experience didn’t go as expected. Easter was around the corner, so I thought it would be nice to try to bake a very special cake that we eat on Easter Monday. When I say we, I am referring to the Spanish regions of Catalonia, Murcia, and Valencia.

This delicious sponge cake (we call it Mona de Pasqua) will try to steal your heart with its apricot jam, candied fruit, and chopped almonds.Getting the ingredients was already a challenge. I couldn’t find any flour, baking powder, or candied fruit. Instead of giving up, I decided to innovate. After some Google research on a very slow 4G, I bought some cornflour, cream of tartar, and really cute tiny icing carrots.

Back home, I assembled all the ingredients on the kitchen counter. While I was casually reading the cream of tartar label, I found out something horrifying: if I wanted to use it as a substitute for baking powder, I had to mix it with bicarbonate of soda. Spoiler alert: I didn’t have bicarbonate of soda. The supermarket neither.

I decided to proceed regardless. I added some egg whites to the dough in a desperate attempt to increase the volume. It just went worse and worse from there. I messed up while pouring the dough into the cake tin and some of it ended up all over my jeans. I oven-baked what was left of the dough. You can see the result below… Even after baking it in the oven for what seemed like an eternity, it was still kind of raw inside. The taste was atrocious, believe me… 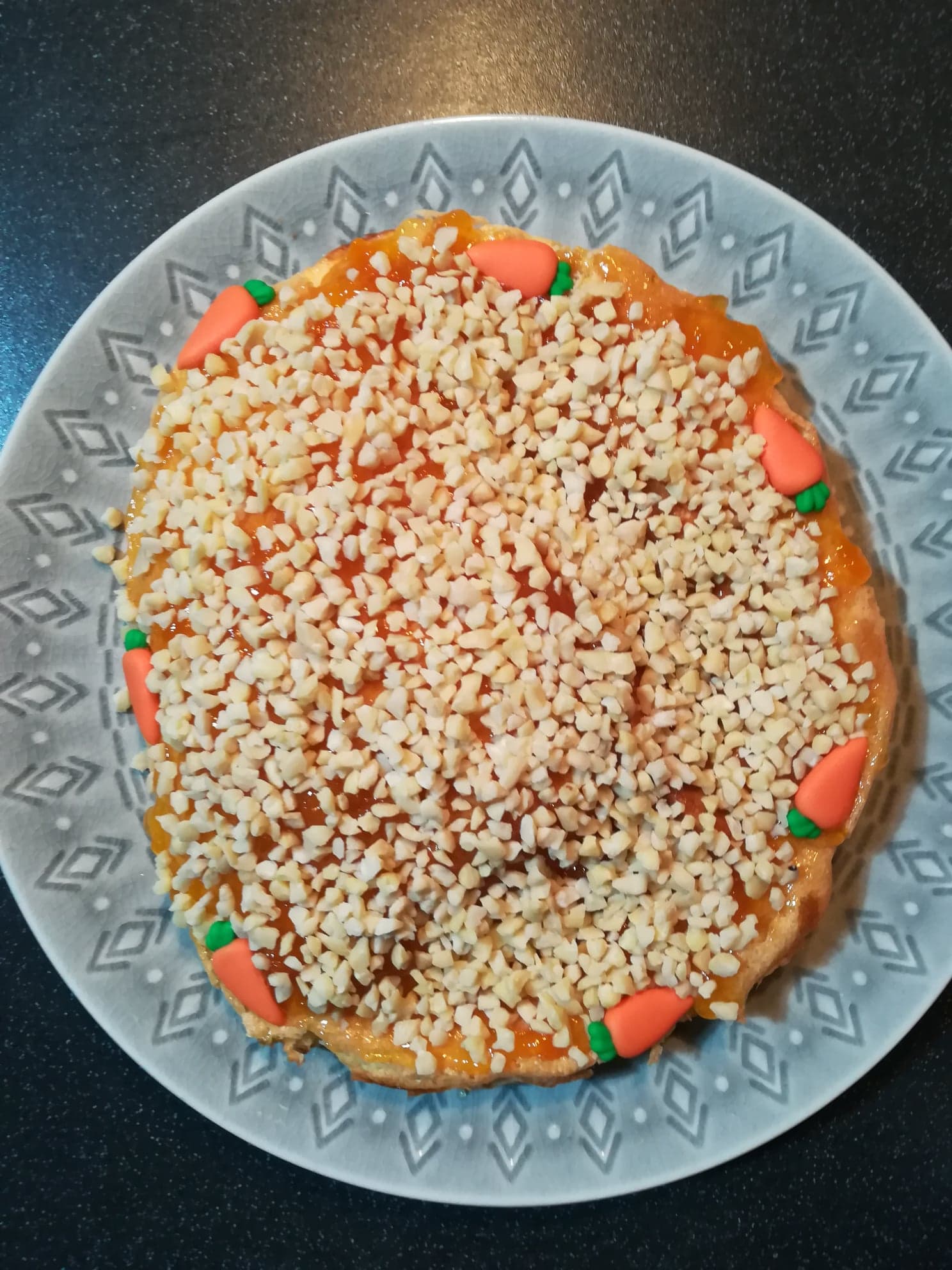 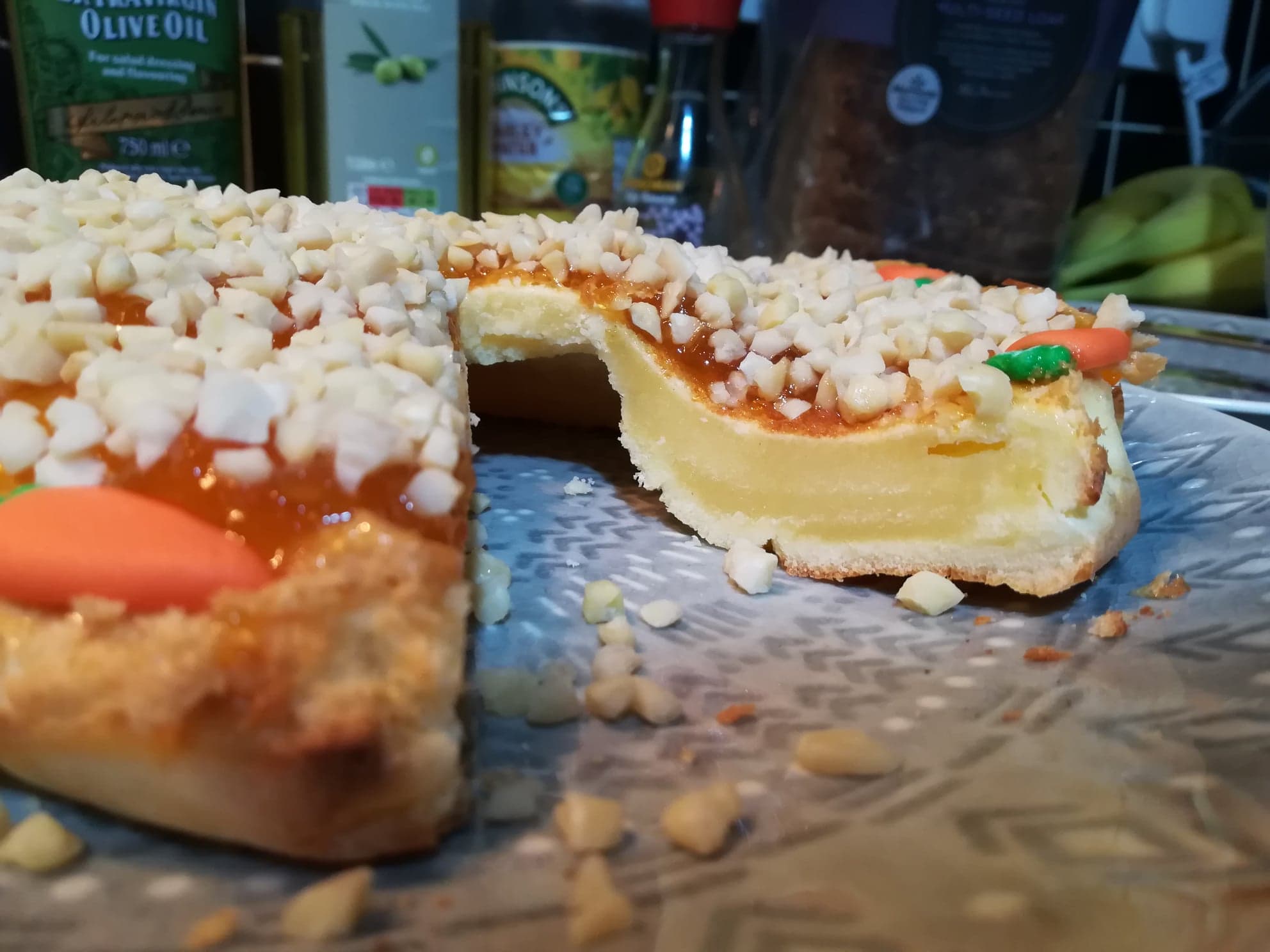 Can you guess which one I made?

I woke up late, feeling like a zombie with a creepy hoarse voice and craving pancakes. I didn’t have enough flour according to the recipe. I’m sure you know that zombies don’t like going to the supermarket so that wasn’t an option. My flatmate kindly lent me some of her exotic coconut flour. There was some light at the end of the tunnel. But no. The pancakes kept breaking after turning them. I kept the momentum going and instead of crying, I listened. The coconut pancakes didn’t want to be normal pancakes. They were born to be scrambled.

Truth is those pancakes had a strange flavour and texture… I ate them anyway, though. There is nothing that lactose-free chocolate and hazelnut spread can’t fix.

By the way, I also use the scrambled trick on other occasions. For example, it’s quite useful when you’re initially going for an omelette but you observe too much resistance. Give it a try ;).

What a fancy name for a cake. Well, it’s not. It’s just the name of another of my cooking disasters. It’s the result of not labelling containers. You can already guess what this is about: I was happily baking a cake. I added 260 grams of “sugar”. Later, I realised it was salt. I took the block of concrete out of the oven, waited for it to cool down, and binned it. Life’s too short. Be gentle with your arteries :).

What about you? Do your cooking disasters brighten your life as well? Feel free to share them on the comments below. Happy cooking !